Trusting God | Sent By Grace | Praying For You

Most of you are familiar with the ordeal in June 2018 in which a Thai soccer team—comprised of 12 boys ages 11-16, and their coach—were trapped for more than ten days in a cave that was filling with water. Only one of the boys, Adul “Adun” Samon, 14 at the time, spoke English, and acted as translator when British rescuers arrived. What you may not have heard is that this same boy was also the only Christian in the group. He recalled how on the 10th night, they “were losing patience, hope, physical energy, and courage.” Adun recalled he fervently prayed because it was the only thing he could do to help their situation. 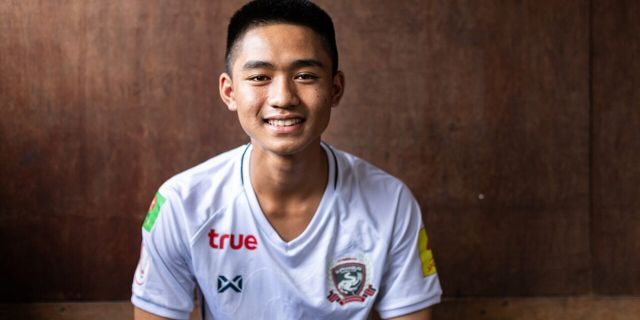 “I prayed ‘Lord, I’m only a boy. You are almighty God, You are holy, and You are powerful. Right now I can’t do anything. May You protect us, come to help us all thirteen,’” Adun told Compassion International. Our gracious Father heard that prayer, and rescued all thirteen of them. Imagine the voice Adun has now that he has lived through this crazy ordeal, trusting in the power of the one true God. Now imagine if no one had ever shared the gospel with Adun. Would the outcome have been the same? These are the questions we ask. I am sure that this is just one of many more stories to come that shows the hand of God at work in Thailand, and the impact of the gospel spreading.

This past month our faces appeared in our church bulletin for Mission Sunday. This is a huge honor to be listed among the other sent missionaries. We are thrilled to have Grace Fellowship in northern Kentucky as our home sending church. 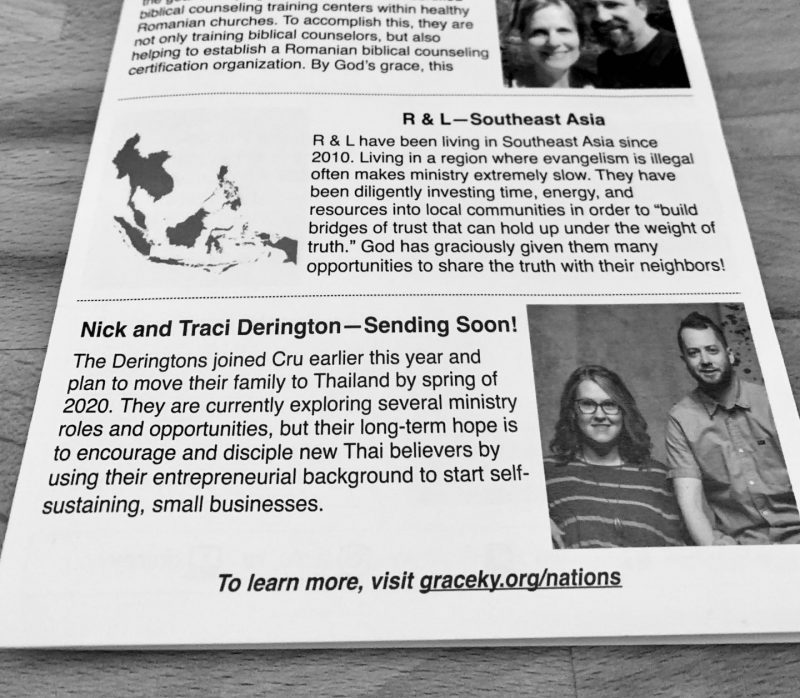 A couple of weeks ago we were able to sit down with a few of the elders from Grace Fellowship. While we have been a part of the church body for nearly four years now, with a multi-site church it is difficult to connect with all of the leadership. This was a chance for us to share our hearts and mission with a few more elders who we did not yet know personally, and we felt the conversation was quite fruitful.

PRAYING FOR EACH OF YOU

We have really enjoyed praying for you throughout the past few months. In order to be faithful to this commitment, we knew we needed something tangible to serve as a reminder—so in came the tongue depressors. This has allowed us to jot down your names and a summary of your prayer needs, and get the littles involved in a fun way to lift you up in prayer. 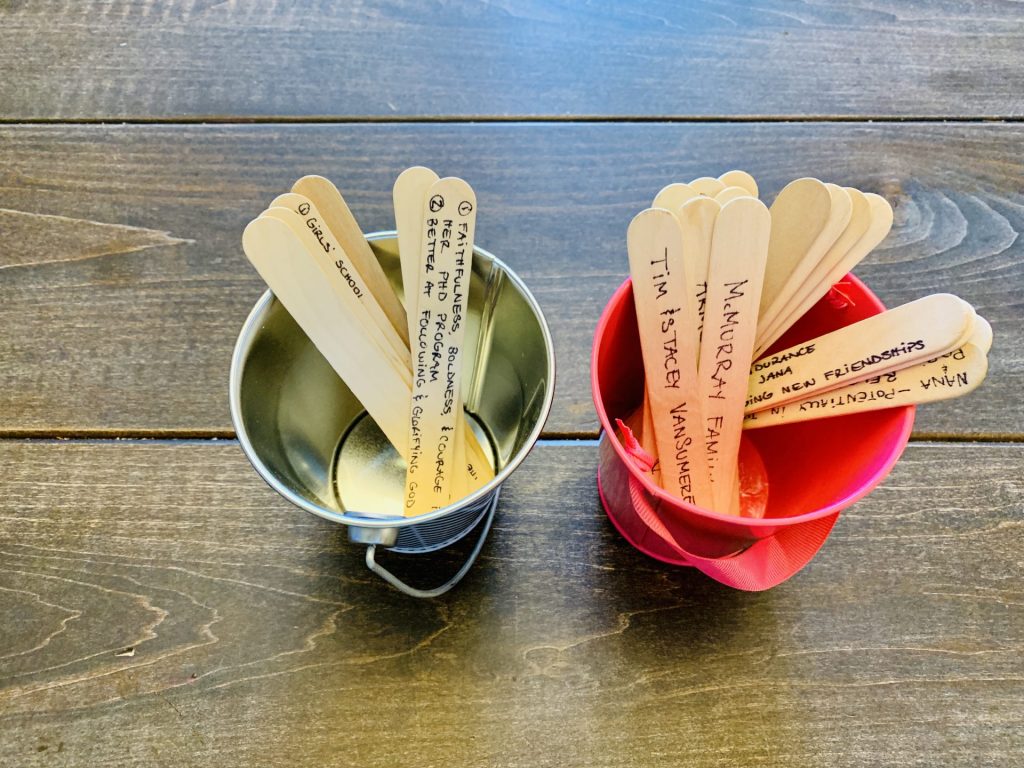 That being said, if we have not had a chance to connect with you directly—whether in person or via a conference call—we would love to. Shoot us a reply and let us know that you’d like to connect and we’ll make it happen. Additionally, that may mean that we don’t know how to be praying for you right now, so feel free to send a response with some more insight in that area. We love each of you, and are so grateful for your investment into us and the ministry.

Sign up to get periodic updates on our family and ministry.